Stimulate All the Senses
at Les Créatifs

The Champagne in Africa team had the good fortune to interview Chef Wandile Mabaso creative food artist, owner and Chef of Les Créatifs Restaurant in Bryanston, whilst savoring the delicious lunch menu.

How did a young boy from Soweto become a top Michelin trained chef?

Chef Wandile – I was ten years old when I drew a picture of my dream restaurant for my mom. She was a single mother who had to work, so I learned to cook as a necessity, however, it became something I loved to do and then it became my career.

I obtained a degree in Hotel Management, Culinary Arts and an international Pastry Arts degree at Capiscum as well as the Culinaire Excellence from Collège de France. After working on a cruise ship in Venice for nearly a year, I found myself in Florida, Miami as a pastry chef.

Chef Wandile – I wanted more and every aspirant chef in the States knows that New York is the place to be. I headed up North, staying in hostels and knocking on restaurant doors. My break came in the form of Chef Julien from the Brasserie Julien. His childhood friend was a South African and when he heard my accent, he was prepared to take a chance on me. Chef Julien had trained under Joël Robuchon a French chef who was named “Chef of the Century” by the guide Gault Millau in 1989.

It made me strong… and creative

Chef Wandile – Low pay, long hours and an abusive kitchen culture was a hard but valuable learning experience for me. My training in the rigours of French classic cuisine had begun in earnest. I spent the next few years at various top establishments, including a Korean/French fusion and a Japanese/French fusion restaurant. I think it was this exposure to different cuisines, sourcing of fresh ingredients and plating styles that triggered my interest in cuisine as an artform.

During this time, I met Oliver Reginensi who became a true mentor to me. I was appointed Executive Sous Chef for the restaurant group Maison Kayser. Through Reginesi, I found myself in Paris working with world-famous Alain Ducasse, holder of 21 Michelin stars, at his Parisian restaurant, Le Meurice.

So, would you say Alain Ducasse is your inspiration?

Chef Wandile – Yes! He literally taught me to understand food and chemical composition and reactions. His approach is to first think of the answer (the dish) and then to devise the formula to achieve this. It was also extremely hard work – I lived in one of the most beautiful cities in the world but never saw it during the day!

And now you’re the Owner and Chef of Les Créatifs… why the mix of artworks and cuisine?

Chef Wandile – I believe in offering an exciting gastronomic journey where only the finest food is served amidst extraordinary art pieces from local artists. Even the crockery is what we call ‘Africasso’ commissioned from Imiso Ceramics. We sometimes bring in musicians for the complete sensory journey.

What are your thoughts about the future of gastronomy in Africa?

Chef Wandile – Africa needs to reset. Start building on our own traditions and stop borrowing. We have extraordinary and talented chefs, but we need to come together and uplift the industry. We can’t have students spending R300 000 on training to end up making pizzas in hotel chains. We need to build our own story through strong training in the kitchen and cultural exchanges. French chefs start as children working in their parents’ restaurants. Let’s elevate our cuisine, our country and our continent.

What delectable dishes did we have for lunch?

We sampled the beef tongue, oyster ceviche salad and pork trotters for first course. The beef and the pork were the team favourites… tender and delicious.

For mains, the winners were the duck breast, line fish, wild chicken and wagyu beef.

Everything prepared with precision and delightfully presented, but my vote was for the superb chipotle trout, which paired so well with the Laurent-Perrier Rosé. 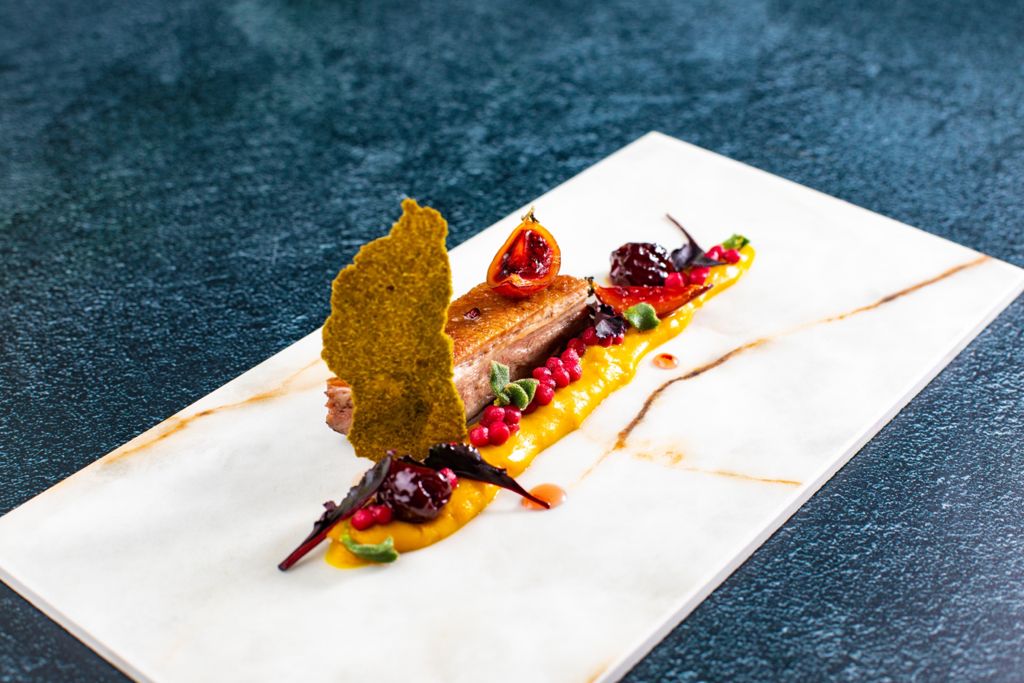 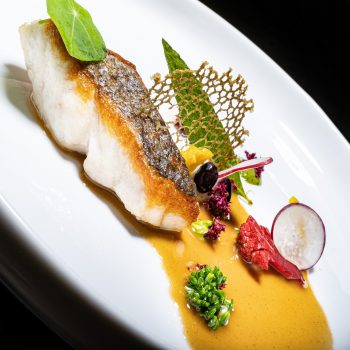 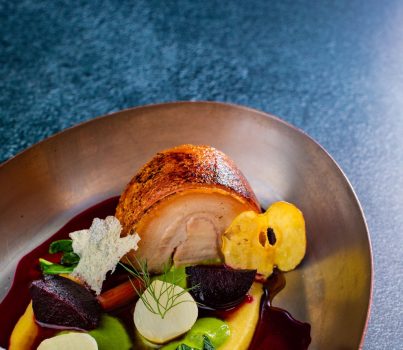 You’ve recently returned from a visit to Champagne, and you had the honour of meeting the newly elected Commandeur of the Ordre des Coteaux de Champagne. Can you tell us a little about the Order and what it does?