The Macro Conference is about showcasing Absa’s ability to help clients understand the world around them by bringing together global experts and utilising our thought leadership capabilities.

Impact of global geopolitics on the African continent.

This year, we are proud to bring you the sixth edition of our annual Macro Conference that will challenge and inspire your thinking. The conference will allow you to “take a step back” from your day-to-day information flow and focus on the bigger strategic picture as influenced by developments in the macro environment.

Our 2022 conference theme is the impact of global geopolitics on the African continent.

As African economies have modernised and globalised, they have become more sensitive to major world developments. Recent trends such as deglobalisation, synchronised global fiscal and monetary tightening, environmental change, and the re-emergence of intense superpower competition all conjoin to present difficult challenges for the continent.

We are happy to host a variety of expert speakers who will touch on key geopolitical and economic issues of the day. We hope to explore how we need to come together as a continent to solve our challenges, with actionable investment ideas.

The bravery to imagine and the will to get things done. That’s Africanacity

We’re proud that another successful Macro Conference is in the bag. This year’s theme was: The impact of global geopolitics on the African continent. Watch the video for key highlights from attendees.

Who will be sharing valuable insights and thought leadership at the conference. 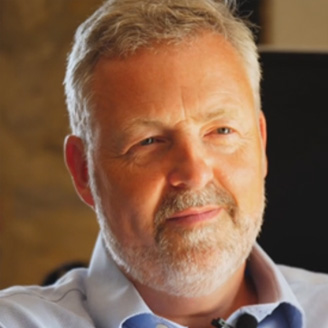 David Murrin is a polymath known for his advisory content in Murrinations. His career has focussed on the recurring patterns of history and using them to try and predict the future for markets and society in turbulent times. He has a remarkable track record. In his 2009 book Breaking The Code of History he predicted that the next great viral epidemic would originate from China and in relation to the current pandemic, that it is almost ‘impossible for people to compute the magnitude of the disaster we are about to experience’.

David’s advisory and speaking work today is based on his direct investment experience combined with a framework that can be used to explain and qualify decisions within an investment team, aid risk assessment, and reduce biases in collective investment decisions.

David Murrin began his unique career in the oil exploration business, before joining JP Morgan in New York on their internal MBA equivalent finance program in the 1980’s. Once back in the London, he traded FX, Bonds, equities and commodities on JPM’s first European Prop desk. In ’91, he founded and managed JPM’s highly successful European Market Analysis Group, developing new behavioural investment techniques which were utilised at the highest level of the bank.

In 1993 David founded Apollo Asset Management, and in 1997 co-founded Emergent Asset Management as CIO. His primary role was overseeing trading across all fund products, as well as being particularly active in the firm’s private equity business, He co-founded Emvest, Emergent’s African land fund in 2008 and acted as its Chairman until its sale from the group in 2011. In addition, through Emergent’s Advisory Business, David was responsible for the critical fund raising for Heritage Oil allowing it to expand significantly by investing in its Uganda exploration program. He took full control of Emergent in 2011 combining his management of the Geomacro fund with the role of Chief Executive Officer.

Breaking the code of History - David Murrin 1David has written two books. Breaking the Code of History highlights the key processes in human social structures which, like 9/11, can change the world in an instant. 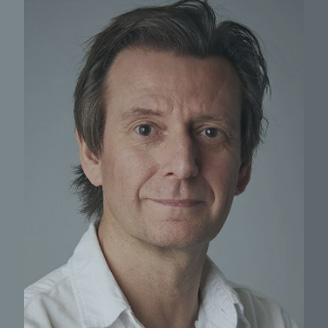 Associate Editor and the Africa Editor of the Financial Times

David Pilling is known for his close-up knowledge of Africa, with a particular emphasis on Nigeria and South Africa and some of the continent’s more promising economies from Ethiopia and Rwanda to Kenya. He is also an expert on the fast-developing and geopolitically significant relationship between China and Africa.

With some twenty-five years of journalistic experience, fifteen of which were in Asia, David shares his deep knowledge and insights on economics, politics, culture, and development across Asia and the developing world more generally.

David crystallised his prior experience living and working in Japan in a widely acclaimed book about the country’s social and economic resilience: Bending Adversity: Japan and the Art of Survival. In many ways, Japan has foreshadowed the problems that have beset the west since the 2008 financial crisis and he argues that Japan may have more to teach us than has generally been recognised. In his view, the so-called “lost decades” may not have been quite so lost after all.​

David has had a long and distinguished career at the FT as a foreign correspondent, senior editor, and columnist, starting in 1990 in London on the international desk. From there he was posted to Santiago, Chile in 1993. Between 1994 and 1997 he was based in Buenos Aires, Argentina, before returning to London to become Deputy Editor of the comment and analysis section. Between 1999 and 2002, David was the global pharmaceuticals and biotechnology correspondent, covering topics from mega-pharmaceutical mergers to the scourge of AIDS in Africa and the scientific race to decode the human genome. In 2002, he moved to Japan for a seven-year stint as Tokyo Bureau Chief covering the Koizumi years, growing tensions with China and the burgeoning nationalism that was to lead to the rise of the Shinzo Abe.

In his latest book, ‘The Growth Delusion: Why economists are getting it wrong and what we can do about it’ (2018), David explores the pitfalls of how we measure our economy and how to correct them. This revelatory and entertaining book has been nominated for the prestigious Orwell Prize for Political writing and has been published in several languages.

David has won several prizes, including for coverage of Japan and China. In both 2011 and 2012, he was named Best Commentator by the Society of Publishers in Asia for his weekly column. He was also named Best Foreign Commentator for 2011 in the Editorial Intelligence Comment Awards for coverage of China, Japan and Pakistan. David regularly contributes features, including for the Weekend FT, and frequently interviews business, political and cultural figures. 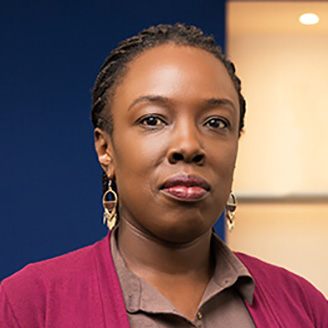 Anzetse Were is a development economist with over 12 years of experience in economic research, advising and strategy in Africa. She is sought after as an economic advisor and strategist by international development finance institutions, private sector, donors, diplomatic missions as well local and global government players as they navigate the complex realities of African economies. Her areas of expertise include the financial sector and finance systems in Africa; the digital economy and innovation; green finance; women and work; and the political economy of finance and development in Africa. She is widely authored with articles and reports in international media outlets, business magazines and development periodicals. Anzetse has a Master’s in Economics from the University of Sydney (Australia) and a Bachelor’s degree from Brown University (USA). She is currently Senior Economist at FSD Kenya.

14:30-15:30 - Opportunities for Africa in an uncertain world
In discussion with David Pilling, Associate Editor and the Africa Editor of the Financial Times.
Hosted by Ridle Marcus, SSA Macroeconomist , Absa Corporate and Investment Banking.

Unlocking your potential with insight and sustainable solutions.

Absa Africa Financial Markets Index has shone a crucial light on the opportunities for investment in the region.

We are proud to bring you the fifth edition of our annual Macro Conference, designed to challenge and inspire your thinking. With this conference, we aim to help clients “take a step back” from day-to-day information and focus on the bigger strategic picture as influenced by developments in the macro-environment.