In conversation with
Imperial Logistics

Imperial Logistics is South Africa’s largest logistics company and has been awarded the tender to import COVID-19 vaccines for the country’s vaccination programme. 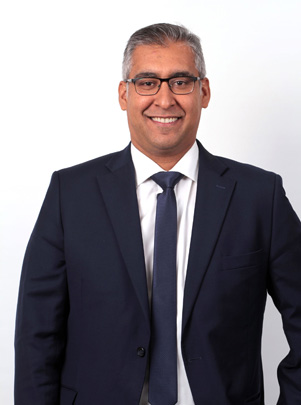 Mr. Mohammed Akoojee was appointed group CEO of Imperial on 1 February 2019 at age 40, making him one of the youngest CEOs of a JSE-listed company and of one of the world’s top 30 logistics companies. He joined the Imperial Group in 2009 and, prior to his current role, served as the acting CEO of Imperial Holdings in addition to his role as group CFO (at age 39). His previous roles at Imperial included CEO of the Logistics African Regions division and executive director responsible for mergers and acquisitions, strategy and investor relations for the group. Prior to joining Imperial in 2009, Mohammed worked in the corporate finance and investment banking team at Investec Bank and as an equity analyst for Nedbank Securities.

Since being appointed as Group CEO of Imperial, Mohammed and his executive team have focused on the significant potential of the Group’s core capabilities in five key industries across the African continent and have hence crafted the Group’s strategy to have a strong focus on positioning Imperial as the ‘Gateway to Africa’. More than just a business that generates profit and pays dividends to its shareholders, Imperial makes a difference to peoples’ lives and plays a key role in the development of Africa and its people. Imperial enables access to quality products and services for millions of people in its 25 countries of operation. This includes food, medicine, fuel and countless other products that make everyday life better. Over recent years, Imperial has also increasingly become a more innovative business (and less so traditional walls and wheels), strongly focusing on digitalisation throughout the Group, with the aim of becoming an industry leader on this front in Africa.