In conversation with
Aspen Pharmacare Group

Aspen is well known to the South African market as being the first to produce a COVID-19 vaccine in Africa; the production of which has been instrumental in ensuring an increase in supply to the African continent. 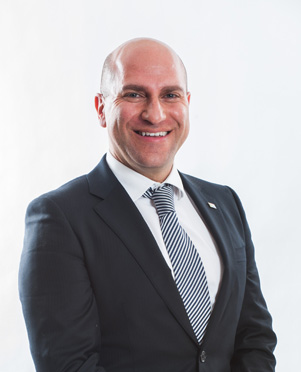 Stavros Nicolaou is the Aspen Pharmacare Group’s Senior Executive responsible for Strategic Trade Development. Previously he was CEO of Aspen’s Export Business. Aspen is Africa’s largest pharmaceutical manufacturer and a now world leader in Anaesthetics and injectable anti-coagulants. Aspen is one of South Africa’s most globalised multinational companies with a presence in over 50 geographies globally, with 26 manufacturing facilities across 6 continents. He was instrumental in introducing the first generic ARV’s on the African Continent developed by Aspen, which has gone on to save hundreds of thousands of lives in South Africa and on the African Continent.

Nicolaou has over 30 years’ experience in the South African and International Pharmaceutical Industry and is a previous winner of the SA Institute of Marketing Management (IMM) Health Care Marketer of the year Award. He was a previous recipient Monte Rubenstein Award for proficiency in Pharmaceutics from the Wits University Pharmacy Faculty. He was awarded, the Order of the Lion of St Mark by the Greek Orthodox Pope and Patriarch, Theodoros II.  He has been inducted as a Fellow of the Pharmaceutical Society of South Africa (PSSA), one of the highest honours bestowed by the PSSA, and was recently awarded an Honorary Doctorate of Science in Medicine from Wits University.

He has been a speaker at a number of conferences, including the Economist Roundtable, the World Economic Forum (WEF) and recently delivered a lecture on ARV developments at the Raigon Institute, a JV between Harvard Medical School and the Massachusetts General Hospital.