Champagne is easily accessible North east of Paris, 45 minutes by train (TGV) or an hour and half by car, offering far more than just a chance to sample the delectable bubbles.

The historic towns of Reims and Epernay are often used as bases from which to meander the stunningly beautiful countryside. The region, made up of four main areas – La Montagne de Reims, La Vallée de la Marne, La Côte des Blancs and La Côte des Bars is a mosaic of stylish villages or “cru”, so take the road less travelled. The same applies to not limiting yourself to the Grand Marques – a visit to the famous Moet cellars is a must, but treat yourself to a visit to the boutique family owned houses as well as the grand old houses.

Some famous houses of Champagne to book a visit to:

It’s best to avoid harvest time, which is late August/September, especially if you want to visit the smaller vineyards. Autumn offers the advantage of being after the harvest while painting the countryside in gold and red hues, but it is starting to get cold.

Before you set out, plan your route to visit the Champagne houses and any sightseeing you wish to do. Unlike many wine-tasting regions, Champagne tastings operate by appointment and not walk-ins. It’s best to book online for a tasting but be sure to build in time for spontaneous detours off your chosen route.  Wineries open in the morning, and most are shut over lunchtime. Either pack a picnic or aim to take advantage of the region’s culinary delights.  Drinking on an empty stomach is not recommended!

Bring trainers or walking shoes… Many of the roads are cobbled, cellar floors are uneven, and a wander through the vines is a must! Champagne is a cool region, so a handy jacket is essential as is a sunhat.

Champagne Houses not to be missed

Although Champagne has over 200 branded houses and thousands of smaller growers and producers, the real experience in Champagne are the grand historic chalk cave cellars, and none is as impressive as the cellars of the house of Pommery in Reims.

And don’t miss one of the best brazzerie lunches at Brazzerie le Jardin in the Pommery park. 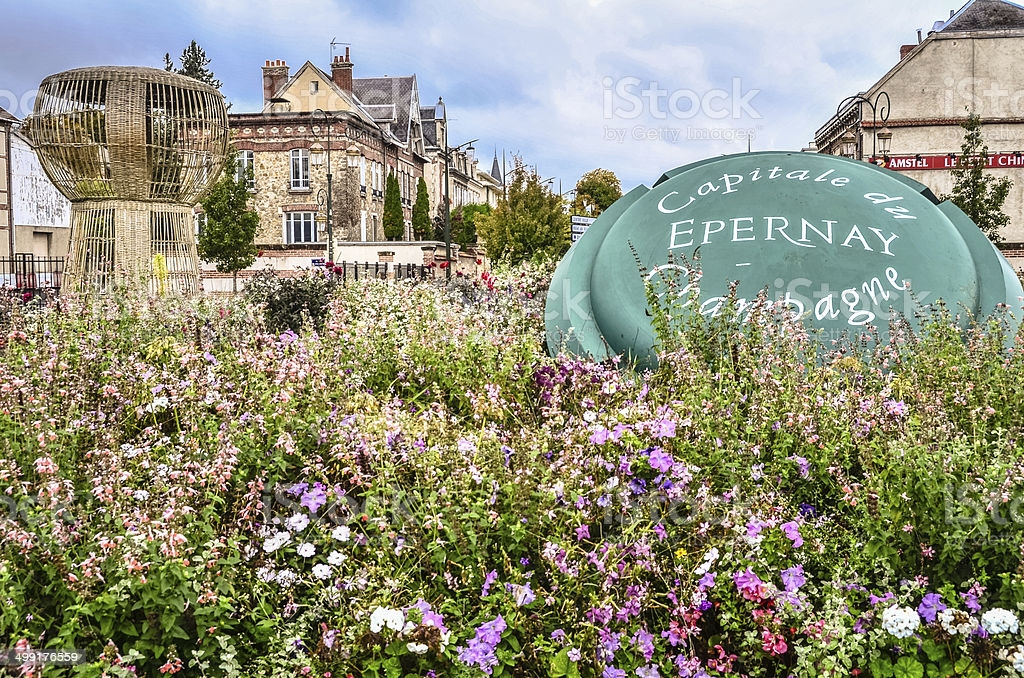 UNESCO-listed Reims Cathedral dates back to the 13th century and is considered one of France’s greatest Gothic masterpieces with over 2,000 unique gargoils and statues, tasked with keeping evil out of the catherdral, hence their devilish appearance,  adorning the exterior. It was the coronation site of many French kings and although it was shelled during World War I it has since been restored to its former glory.

A beautiful Baroque place, it was once a sixth-century Roman villa, thereafter it became influenced by Gothic design and then the Baroque version we know today. The kings of France would stay at the palace prior to their coronations at Nortre Dame of Reims, but now it is home to the Musée de l'Ouvre. The palace is both a national monument and a UNESCO World Heritage site.

Timber-fronted buildings, cobbled lanes, and Gothic churches, transport you back to times medieval. This scenic town is known for its art galleries, striking architecture, and traditional artisan workshops.

Spectacular views after the 102 step climb await you at the Musée de la Vigne (Vine Museum) which tells the story of Champagne production with interactive displays, touch screens and movies.

The Avenue de Champagne is lined with magnificent Champagne houses. No visit to the region would be complete without wandering down this famous avenue. And stay over at Les Suite du 33 at the small but exclusive Champagne house of De Venoge.

Indulge your senses and savour every moment of the Champagne life in Champagne!

Stimulate All the Senses at Les Créatifs

The Champagne in Africa team had the good fortune to interview Chef Wandile Mabaso creative food artist, owner and Chef of Les Créatifs Restaurant in Bryanston, whilst savouring the delicious lunch menu.

The Champagne in Africa event 2021

Discover everything that the majestic world of champagne has to offer at a prestigious online experience of unrivalled taste and quality – The Champagne in Africa event.

The much-loved annual Absa Champagne Festival is taking place on 21 October. This year we’re going virtual, which means you can join in the fun from the comfort of your own home. This is celebration of life, of success and of excellence… so kick off the slippers and lounge wear in exchange for something from the hardly worn evening section of your wardrobe. Invite a few friends and host your own Champagne festival while tuning into this red carpet event.

Here are some menu ideas to give your dinner party maximum wow with minimum fuss. Summer is coming and that usually means we want to step up our entertainment game. The team at Champagne in Africa love any excuse to celebrate, but we’re also keen to do so without it becoming ‘mission impossible’. We’ve provided you with two stylish yet simple options for each course. All you have to do is select and start playing in the kitchen. Add a few candles, flowers and pretty napkins and you’re good to go!