In conversation with
Life Healthcare

The Life Healthcare Group have shown enormous commitment in the treatment of private and public patients during the pandemic and has made major strides in the vaccination rollout. 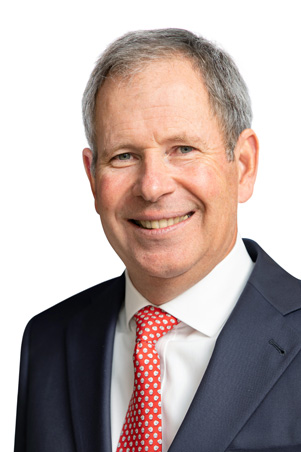 Peter is a seasoned banking and finance senior executive, with more than two decades experience at Group Executive Committee and Main Board level across Africa and Internationally, as well as serving in multiple Chairman and Non-Executive Director roles. He is a driven and courageous leader with a successful track record leading bottom-line profitability of substantial complex corporations, whilst delivering large-scale industry transformation. His experience spans Banking, Life Insurance, Technology and Operations, Asset Management, Private Equity and Healthcare.

Peter has delivered exceptional results throughout; leading large-scale infrastructures with an agile and collaborative style and the proven ability to influence across complex and diverse stakeholder groups. His strategic vision and decision-making capabilities compliment his well-proven business acumen, leading to deep relationships internally, with clients and regulators. He is recognized locally and internationally for his unique problem solving capabilities, innovative flair and as an exceptional company culture carrier, with a genuine passion for diversity and inclusion. He has a strong personal leadership brand and has continuously demonstrated capability to hire, manage, retain and lead high performing, culturally diverse teams, sourced from within and outside the banking and financial sectors.

Peter spent sixteen years with the Standard Bank Group where he was Chief Executive of the Group’s Retail and Business Banking for nearly a decade, driving the strategy for business growth in South Africa; developing economies in Africa, Latin America and Europe. The division operated in 19 countries with 30,000 employees, 8 million clients and 1,300 branches. He played a pivotal role in the successful series of banking acquisitions in Africa and Argentina, as well as sponsoring the digital transformation programme and multi-year SAP Core Banking implementation.

He was appointed to the board of Liberty Life in 2005 and the main board of the Standard Bank Group as the Group Chief Operating Officer and Group Deputy Chief Executive in July 2013. During his tenure, Peter sat as a Non-Executive Director and Chairman on multiple boards, Audit, Risk and Remuneration committees locally and internationally. He has also sat on two non-for-profit boards, including his current Non-Executive positon on the board of Roedean School (SA).

Peter joined Deutsche Bank AG (listed in Frankfurt) in 2013 as Chief Executive in South Africa and subsequently with broader responsibility across sub-Saharan Africa. In 2016 he was moved to London and appointed Global Head of Operations for Deutsche Bank’s Global Markets, after completing a successful regulatory remediation and profitable strategic repositioning of the South African business.

In 2017 he was appointed as Global Chief Operating Officer of Deutsche Bank’s Corporate and Investment Bank (“CIB”) including responsibility for all Technology and Operations. He also joined the CIB Global Executive Committee. The role spanned 70 countries, multiple regulators, 23,000 staff and direct and indirect cost base exceeding Euro 6 billion. Over the subsequent two years, Peter designed and led a significant reorganization of the Division, shedding 4,000 roles, building an exceptional international team and sponsoring the Brexit transformation and relocation program for technology and operations from London to Frankfurt.

In late 2018, Peter moved into the Global Transaction Banking Division of Deutsche Bank (“GTB”) as Global Chief Operating Officer and Head of GTB across the UK and Ireland. GTB is the world’s largest clearer of Euro transactions and Europe’s largest US Dollar clearer. It spans 55 countries, generates revenues of Euro 3.8 billion, produces IBIT of Euro 1.0 billion and has 14,000 staff.

In 2020, Peter returned to South Africa as Group Chief Executive of Life Healthcare – South Africa’s leading private healthcare provider and largest provider of diagnostic and imaging services in the UK and Western Europe.

Peter is a keen golfer, motor racing enthusiast and wine collector. He enjoys reading, listening to music, travelling and the outdoors. He is based in London, married to Sarah and they have two daughters, Emily and Beatrice.